Thank You, Representative Mitchell and Senator Sokola, for supporting the “Delaware Yield” 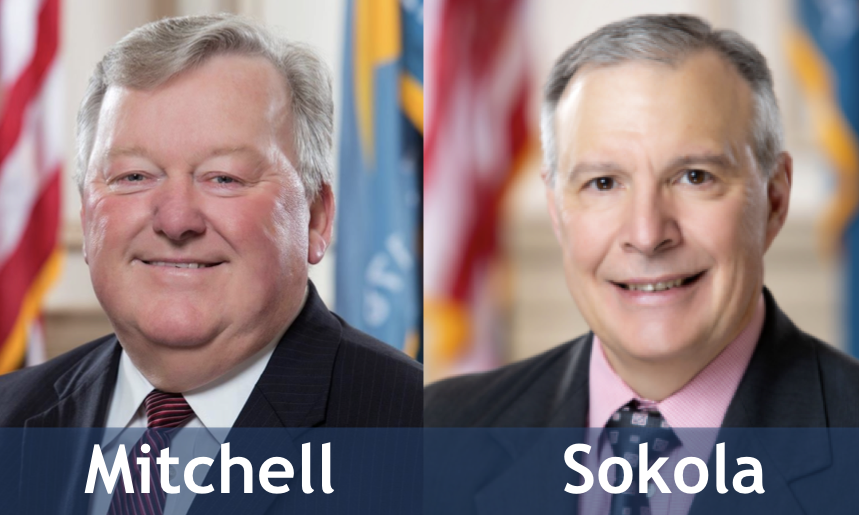 Most Delaware cyclists know about the “Delaware Yield,” the law enacted a few years ago that permits them to proceed through a stop sign-controlled intersection without coming to a complete stop, provided it is safe to do so.  What everyone may not know is that the law was approved with a sunset condition – meaning it will automatically terminate on a certain date unless the Legislature affirmatively acts to renew it.  The fate of the Delaware Yield was moving in that direction, if not for the action of the original bill sponsors, Representative John “Larry” Mitchell (D) and Senator David Sokola (D).

Although the “Bicycle Friendly Delaware Act,” which included the Delaware Yield, was signed into law on October 5, 2017 by Governor John Carney, it will take a legislative act to keep the Delaware Yield from fading away in 2021.

To address the need to continue the Delaware Yield as law, House Bill 121 (HB 121) was introduced by Representative Mitchell and  Senator Sokola on March 18, 2021.* HB 121 is an Act to remove “the October 5, 2021 sunset provision in Chapter 196, Volume 81 of the Laws of Delaware so that the rule of the road for bicycles approaching or entering intersections with 2 or fewer lane roads, § 4196A (c) of Title 21 of the Delaware Code, will remain law.”

Over the past few years, Bike Delaware has been tracking the progress of HB 121 in the Transportation/Land Use and Infrastructure Committee and keeping WCBC current with its progress. As the Bill was coming up for review and a vote within the Committee, WCBC and Sussex Cyclists wanted to demonstrate their support of the Bill and, together, crafted a joint letter to both Representative Mitchell and Senator Sokola asking them to continue with their support of the Delaware Yield law.

It is our hope that the support of the two largest bicycling clubs in Delaware helped to show that HB 121 would make a difference to cyclists statewide. And in the end, the Bill made it out of Committee with a unanimous vote! The next step is for the Bill to make its way through the State Legislature on its way to remaining a law on the books.

Thank you, Representative Mitchell and Senator Sokola, for your all your hard work and unwavering support of HB 121. We encourage all of our members to continue to show their support of this Bill and its sponsors until its fate is secured.

For more information on the Delaware Yield, visit the State of Delaware Office of Highway Safety Bicycle Safety Page.